So what! IGNORE THEM

facebook/myspace/hi5/black planet/linkdn/twitter blah blah blah is supposed to be one of the places where you go to find old friends and keep up with your new friends… Now a days it seems as if people hate the sounds of a ringing phone or don’t want to be bothered with gathering around an open live forum to discuss problems to make decisions. 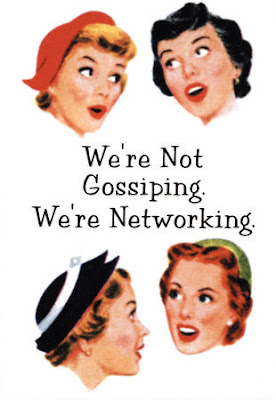 I come across status messages that are so filled with sarcasm in anger that it makes me wonder, hey why can’t these two people that are obviously writing to invoke emotions with in each other just call each other up and say… “hey how about we go to lunch and discuss a few things.” it seems like one person is always waiting for the other one to make that move, yet in the mean time they continue to berate and belittle each other… some refer to it as Internet bullying. i think of it as immaturity and an unwillingness to step up the plate and make that power move.
it is often those people who “want to squash it” that start the most problems, it is often the people that have so much to say behind your back that commit the same crimes that they are so against. with that being said it leave the ball in your court to either continue to try your efforts to keep the peace, or say “enough is enough” and walk away from things that would be a detriment to your spirit. so ignore them.
friendships are being destroyed and people are beginning to forget the art of maintaining unbreakable bonds. maybe because facebook and other social medias allow us to interact so casually in each others lives we forget the true meaning of being invited in. instead me make our presence known even without someone wanting us there.
Today i was involved in a conversation via facebook that showed me that all of us really do care about what others think of us, no matter how much you say that you don’t, when someone is constantly complaining or talking about you, it makes you angry inside, makes you want to really lash out and inflict plain in anyway possible, weather it be commenting on an ugly picture or talking with your friends on a wall post knowing that others are watching. I have fallen subject to doing that ones, and it didn’t make me feel better just more angrier knowing that I fed into the bullshit. We put so much effort into bringing attention to our selves and making sure that others know you notice what they are saying instead of just… stepping back and ignoring the foolishness that surrounds you. the best way to piss someone off is to ignore them, don’t pay them any attention don’t allow them to see you sweat. pick your shoulders up and walk tall… and in those occasions where you feel yourself succumbing the the ugly ways of anger, laugh a deep fake laugh and eventually it will turn into a real one. that’s what i do… oh and i have started boring ass yoga classes so that is helping me to let go of the past and focus on my breathing…. *sigh*
I hope this helped someone…. cause I’m not even sure it helped me.

4 Responses to “So what! IGNORE THEM”