First of all this is not a picture from that night… Second I just want you to focus on the video.

While in the middle of what seems like a hell of a performance, A fight breaks out in the crowd. It doesn’t seem to stop Waka Flocka from bouncing around and talking his special language. Apparently someones wig gets snatched off and Waka Flocka gets a hold of it and decides that he will just wear it… Who cares right a wig is wig and good wigs are hard to find.

What struck me is NOT, the fact that he put on someone’s nasty ass sweaty wig, but the actual sweat that was pouring from the bodies of him and his people on stage is what had me in shock and horror. I can’t imagine the stench and stickiness of that whole party situation. His body is literally wet with sweat and that club looks like it’s a fire hazard to life. Call me uppity but I hate the feeling of someones wet body rubbing up against me in a dingy ass club. UNLESS it’s a soca party (small disclaimer)

But, OOOHHH LE DOOOO IT *shrugs*

F*ck Jay-Z and his WIFE

No secret that the game has beef with Jay-Z seems like all the Game does if start problems, as far as I know Jay has not responded to the Games insults yet, but I’m not sure if the below video will make a difference. Recently The Game was in Madrid doing a show and he started up a “F*ck Jay-Z” chant amongst the crowd, had them screaming out “Nigger” and all types of ish.

His key point seems to be that he thinks “Jay is OLD”… hmmm (what is he 5 yrsold??) any ways below is a video of his set where he gets the crowd going with a free style about Jay… at the 2:30 mark he goes into his rant about Beyonce. It’s kinda funny, none the less it was uncalled for. The only people that should be talking ish about Bey is ME and my friends.

I still don’t think that Jay will respond. The game is a much weaker rapper and won’t be able to really see out the battle. Seems like they are taking a page of out the Mariah/Carry Nick Cannon vs Eminim debacle.

note: I tried to find the orgin of the fued but I couldn’t and stopped looking so feel free to post it in a comment it you find it. 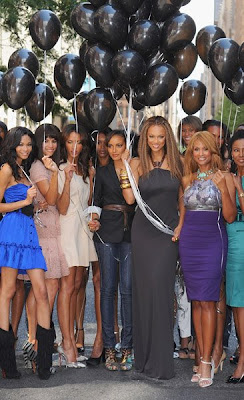 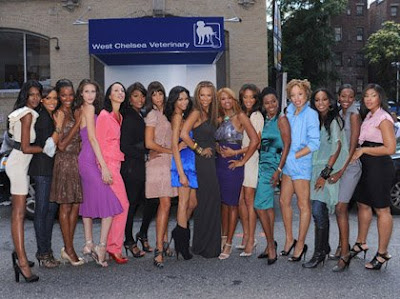 Tyra and the other black models of the world got together to celebrate some edition of Vogue magazine that will have exclusively black models from cover to cover. Tyra wanted to stand out and decided to her hair should be crimped…. with a crimp and curl iron…. I HATE IT!! 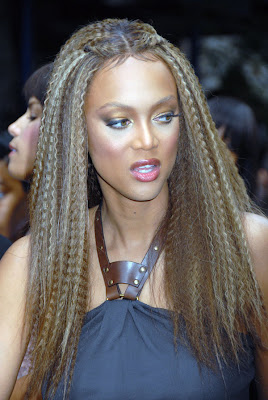 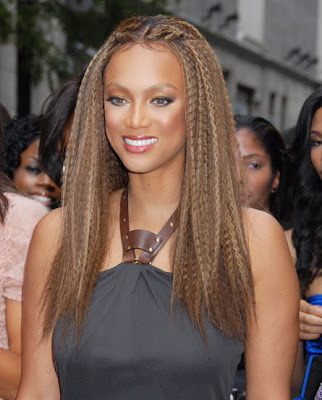 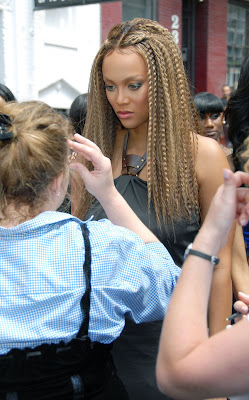 Jackie-O was Smashing for Tracks

Jackie-O and all her stupid disrespectful to a woman’s body tattoo’s has gone on record and revealed to the world that she is indeed the poster child of smashing for tracks or in this case a record deal with “Poe Boy Records”. She tells Hip Hop weekly that she had to do what she had to do to make it…even though years later she still ain’t sh!t, but with madd tattoo’s i guess she feels it was worth it…I guess *shruggs shoulders*

“Everybody that signed [to Poe Boy] had gotten their advance money, but when it came time for me to get my advance, I had to f*ck for my advance. It was ten stacks and I had to f*ck for it. So naturally it wasn’t something that I’m proud of doing. And I don’t advise any female to get into no business – be it music or whatever – and get exploited like that. [E Class] told me I had to have sex with him to get the ten stacks. That’s how me and him got into a relationship. But that was a situation I had to face, and I made the wrong turn. But I’m from the hood and if somebody offers you ten thousand dollars at one time to get out of the hood, and lets you go for your dream of doing music, you’re gonna run to that.”

I Hope she realizes now that spreading your legs to climb to the top is something that whores do… but hey everyone makes mistakes and some people feel like prostituting in the only way to make it where you think you need to be. If someone can’t see your potential from your talent then maybe… just maybe you don’t really have the talent. but there should never be a reason to F*ck your way to the top…and if it is what you did…DENY! DENY! DENY!….hell Cassie does it.

Shucking and Jiving is almost as bad as the N word

Seems like Justin was faced with a tough crowed when he made a “shucking and Jiving” comment in relation to Paul Pierce’s (Celtics captain) quick com back in the NBA finals. the comment hushed the crowed and needed to be edited quickly… It was a slip up that could have been catastrophic it had been aired. Black people are very sensitive these days and you have to be careful what you say or they will petition outside your door and have you writing open apology letters and getting you fired. So be-careful little mouths what you say…. a hand clap to the editing team who saved JT’s career. The easiest edit that ESPN made during Sunday’s tape-delayed ESPYs came fairly early in the broadcast when Justin Timberlake was teasing Paul Pierce about his “injured” knee in Game 1 of the NBA Finals during his opening monologue.

In describing how Pierce quickly came back after being taken off on a wheelchair, Timberlake joked that Pierce was back on the court, “shucking and jiving.” The comment, which was cut out of the broadcast that aired Sunday night, was met with silence from the crowd when the show taped on Wednesday before Timberlake transitioned into his next joke about Eli Manning. source

Little Angie Simmons has decided that singing is her true calling, but my ears tell me different. Along with my tattoo, eating out loud, and breathing pet peeve i have another one… thinking that because you have money you should try to do everything…acting , singing, breathing…. just because you can don’t mean you should. it’s offensive to the people that have to listen to the sh!t and it’s offensive to the people that can sing and don’t have the money to make it…after listening to the song I have officially changed the name of it from “Center of attention” to “Center of my Migraine”