Right now the blog world is all excited because Tyra will allow a Transvestite to make it unto America’s Next Top Model and compete to make it to the top… Well I’m not excited, Why because Jaslene the winner of cycle 9 HAS A PENIS….

Anyways “Isis” who reportedly was in season 10 as one of the homeless broads that was in one of the first photoshoots as a prop (see pic below) will be that special tranny to bless us with her deep voice and tiny vision of her nuts ever so often, in this coming season set to start sometime around September 12ish I think.

I’m an ANTM feign, so I think I’ll start up with my Hott caps of the show every week. it’s time i bring back the sh!t that put me on the map in the first place. 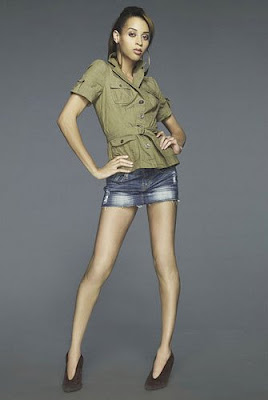 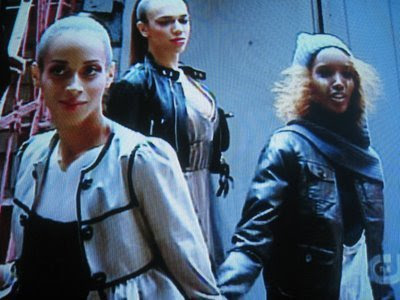 It’s Time for an intervention

Cause this chile needs to be infused with cake, biscuits, muffins, pies, and donuts. It is unlawful and dangerous to be that skinny. She so skinny she looks like she stinks. Like her pored are filled with caca (I just threw up in my mouth a lil bit) 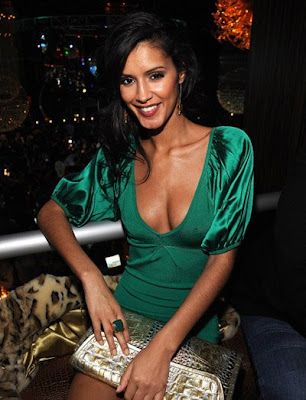 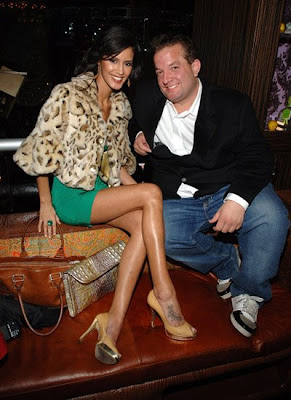 Look at those lil legs. I’m sure she has back problem because the weight of her shoes no doubt weigh more then she actually does. WHO’S WITH ME!!

The 1st Annual Fiercee Awards honoring the women of America’s Next Top Model should have been called the 1st annual WTF loser awards because WTF is wrong with these people. Lets start off with Ms. Bianca 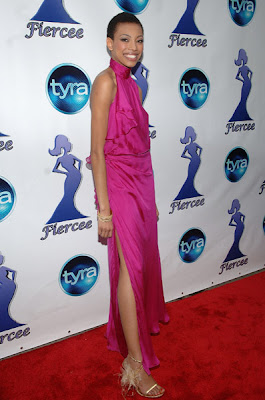 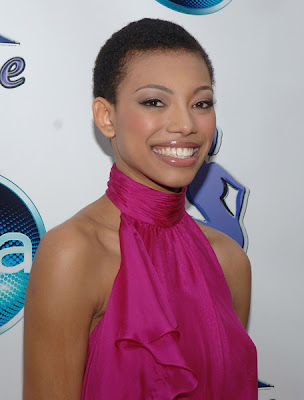 Who first of all looks like a little Boy dressed in girls clothing. I would have thought that after they butchered off her hair that she would have gone and bought herself a nice little lace front wig and glued that bad boy right to her dome. I’m all for the cute bald look, but for someone that has absolutely no body and doesn’t seem to like to wear earrings….she should have went right down to beauty supply and had them Asians hook her up. 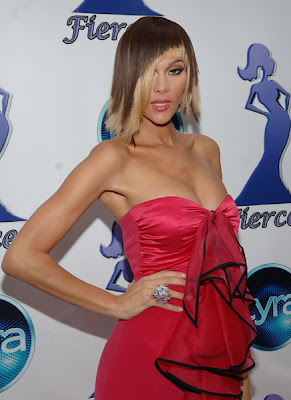 Jade needs to STOP cause if Bianca looks like a little boy in a dress then Jade looks like a grown azz man in a dress. and I will stop there cause it’s face is bothering me. 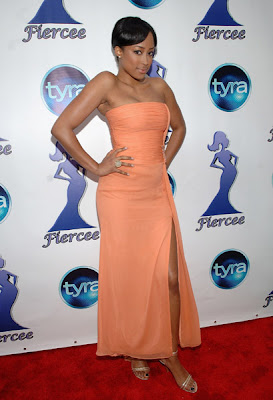 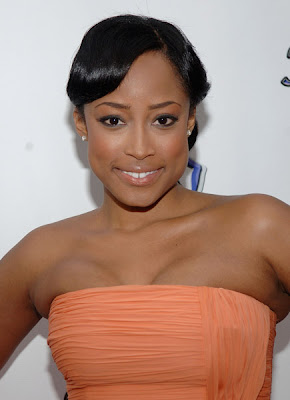 Stop sucking it in Kienya(or how ever the hell you smell her name), just lay off the damn donuts and fried food. and I know Tyra did not teach you to pose all stuck up and stupid like that.

There is Trouble is Tyra Land 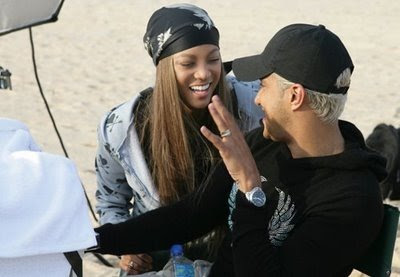 MSNBC via OK reports: There’s been no shortage of tales about Tyra Banks’ personality conflicts on the set of “America’s Next Top Model,” but the latest might be the most interesting since it could have a lasting impact on the show. OK! magazine reports that Banks isn’t getting along with photo shoot creative director Jay Manuel, and her days on the show could be numbered.

“It’s gotten so bad that Tyra and Jay aren’t speaking,” an insider told OK! magazine. The selective silent treatment isn’t limited to Manuel, either. “Tyra barely interacts with the contestants and only wants to show up on judging day,” the source told the magazine.

Rumor has it that Tyra is looking for a new host to replace her on the set so that she can focus more on her talk show ( i think she’s really trying to give Oprah a run for her money) the only people i can see taken over the show is ME, Iman, or Naomi Campbell, I think I would be the best choice because I have way more time on my hands then the other two. it’s not like Tyra does anything else on the show except take HOTT pics after all of the contestants take theirs. but i can do that too. i have mastered the art of smiling with my FACE.Now fighting with pretty man Mr Jay is another NO!NO but i don’t blame her for not talking to him, that man is way to pretty. I don’t understand why he is so prefect…ly gay. Hotsauce 08′

Tyra and her nasty behind models have gone and F’d up now. Looks like home training in not a requirement for being on top model, those bunch of skinny diva’s just about destroyed the apartment that they were living in. I hang my head in shame. Naturally the land lord of the apartment that the heffa’s were living in sued Tyra and the show for something the models should have learned back in their childhood… “Clean up after yourself” 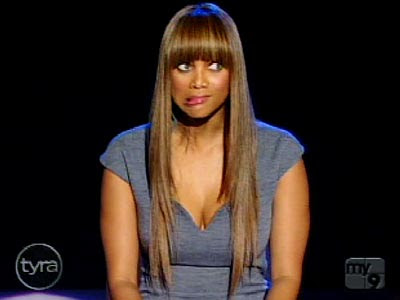 March 10, 2008 — THE 14 wannabe models from the latest cycle of “America’s Next Top Model” are accused of making a dump out of the gorgeous $6 million TriBeCa loft where they lived for 10 weeks.

Anisa Productions, which makes the show hosted by Tyra Banks, rented the loft at 39 Lispenard St., promising landlord Michael Marvisi that any damage would be minor, according to an insider.

Instead, we’re told, the crew “punched hundreds of holes in the ceiling to hang lighting equipment” and ruined the Brazilian wood floors, forcing the owner to tear them up and install all new flooring when the women moved out three weeks ago.

“These girls not only destroyed the floors, it appears they had food fights. There’s ketchup and coffee splattered all over the landlord’s $20,000 white drapes. There’s lipstick on the walls,” said the insider. “They moved in furniture and made holes all along the walls.”

“The landlord is devastated,” the source said. “Three other shows approached him [to use the loft] and he turned them all down for ‘Top Model.’ And a tenant was supposed to move in a week ago, but when the place wasn’t ready, they pulled out. Tyra Banks should be ashamed of herself.”
The show offered to settle for $125,000, but has not paid Marvisi any money, according to our insider. The landlord now plans to file a lawsuit against the show

Toccara, Tyra would not be happy…. 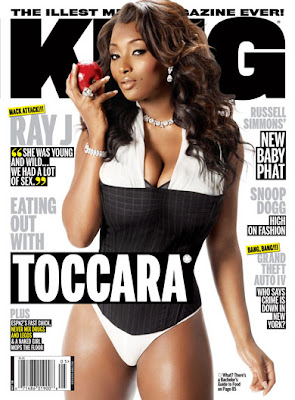 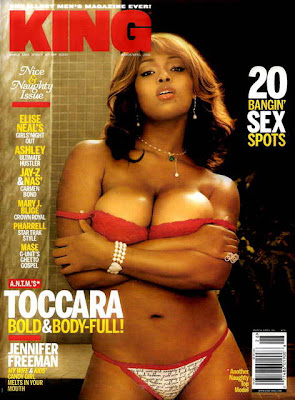 With Toccara slutting it up all over the Magazines. In a double issue of King magazine she really seems to bear it all. Them top model broads know that they were not taught to look all tacky and pose all men’s magazinish….Tyra is very adamant about her girls not looking like Hoochie mommas. Okay I’m done with the Tyra Mail.
All I really want to know is where did all Toccara plus sized-edness go. Now she’s mad Top heavy with absolutely no meat on her bottom body. And just to point out a small detail (no pun intended) but those panties that she is rocking in the bottom picture are entirely too small, they look like they belong to a potty training toddler (not that I would expect a toddler to wear such sexy panties) but you know what I mean 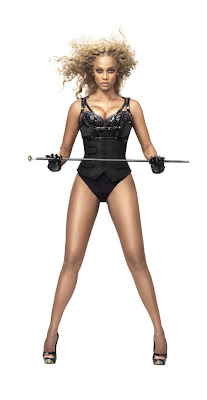 I already got my favorite couch cushion ready and waiting for me to glue my fat booty on it. My eyes are ready to get back into the full swing of top model. I’m excited like Sean kingston at a wedding cake tasting. Yum!!

Tyra that is not the toilet 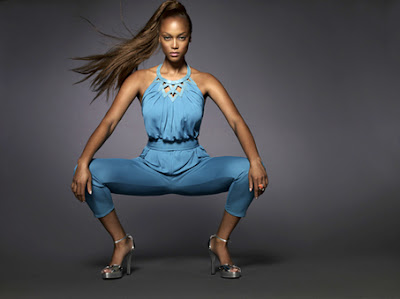 Blogger Fabian Basabe reported about his experience just before interviewing Tyra:
Tyra Banks messed herself and needed to change. Now, let’s break this down: messing oneself should not happen if you are older that 5 or younger than 90. if it happens and in fact you are older than 5 or younger that 90, then it should be one, single, very unfortunate episode which will bound you to be made fun of forever and you can’t complain about it. Now I would like to bring to your attention that Tyra’s people carried a change of clothes for her at NYC fashion week. Hmmmh… could it be that Tyra messed herself before? or just that her entourage is so organized that in case tyra would ever, maybe, possibly mess herself that one time, they have a change of clothes?

I’m pretty sure that while Tyra was pooping in her panties that she popped a squat just like in the picture above. we all know that Tyra didn’t poopie her self *cough cough* but for the sake of entertainment and extreem gossip I’m going to run with it and from now call her Tyra “doodoo head” Banks. On a not so stinky tip…Top model startes on the 20th YAY?!? 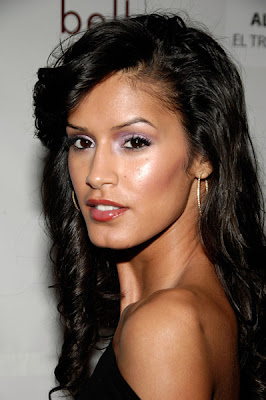 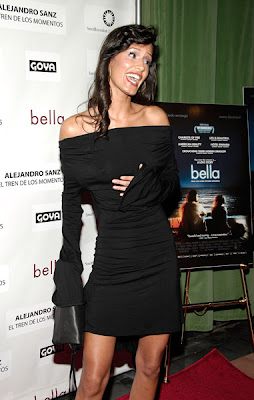 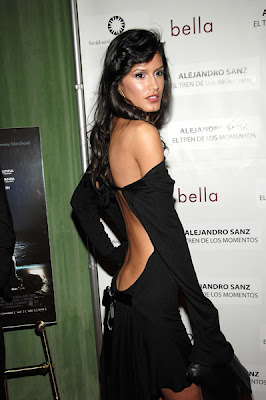 Is food not a requirement in being healthy? He dress would be cute if she had a body. Skin and bones has never been the poster child for SEXY….I think and intervention is needed. it’s not natural for a Puerto Rican not to eat…Spanish people thrive on carbs and grease. Something is wrong here, what’s the number to the Puerto Rican board of healthy eating.