Browsing all articles in oprah 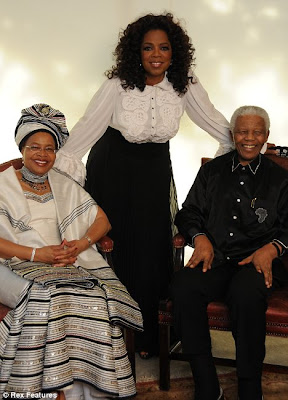 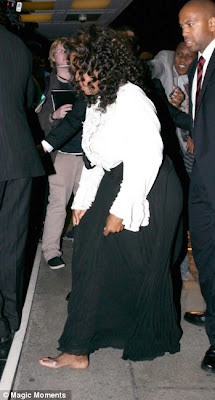 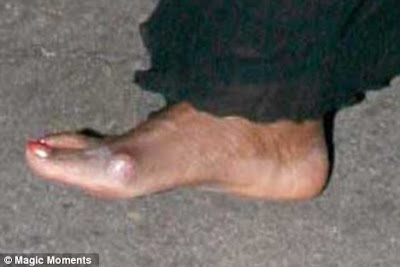 yea right don’t we all wish *shudders* …that would be the last piece of evidence needed to take her down….but NOOO she is still there making it rain on every other person in the world. Forbes reports that Oprah is the HBIC when it comes to making that green paper. I would not be surprised if Oprah’s toilet paper rolls were made of freshly cleaned and softened 5 dollars bills. The dollar bill rolls are to cheap for her big azz.

No matter how much i try to bring her down she just keep on going and going and going. I can’t blame myself for this one I blame society. I hope that after i get this restraining order lifted i can convince her into paying off my school loans and dubbing me an honorary god child. and then once I get inside I can take her down…Muahahahahah!!! 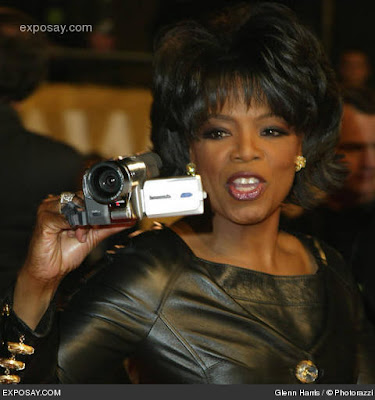 Oprah Winfrey has still got it, according to Forbes Magazine, which on Wednesday released its Celebrity 100 List, ranking the most powerful names in Hollywood.

Based on earnings and fame, Winfrey came in at Number 1, earning $275 million before taxes over the last 12 months. -source

My my bust-it-Oprah… I don’t think I posted there but every time i look in my inbox and see her name and then these pictures it brings me a fleet of emotions that i can’t quit understand. On one hand i know she is single handily taking over the world and i need to stop her but something in me stirs with excitement when i see her wet and wavy frizz free weave blowing in the wind.
In there pics she was probably just coming from court for the assault and battery charges that I file against her, she got off with a slap on the wrist because I had a hair appointment and couldn’t testify but. I know she will be back bribing me with cars and petting zoos so I’ll have another chance to bring her down until then..y’all watch my back and tell me if you see her around. 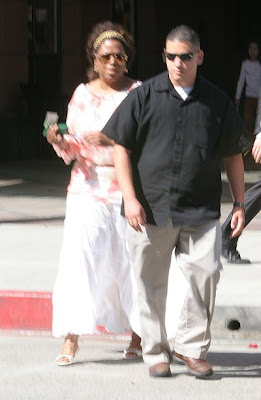 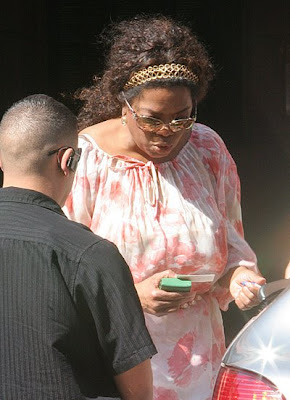 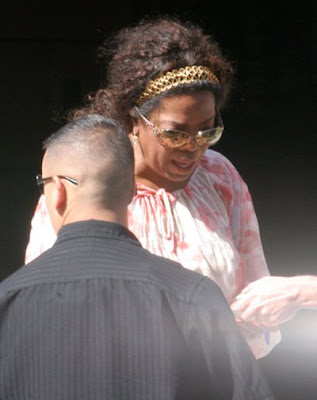 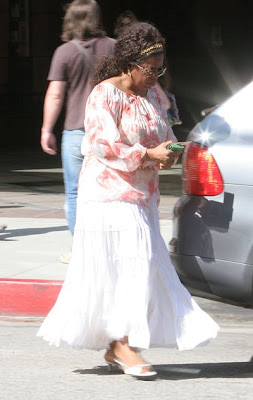 The Fall of Oprah

Looks like my conspiracy plan against Oprah is starting to work. Little by little I am single handedly taking down her empire. Reports are showing that her support and popularity in her show and magazines and life is declining. I would say that sounds like a victory for Team Hotsauce. In due time she’ll be knocking at my door begging for my forgiveness. 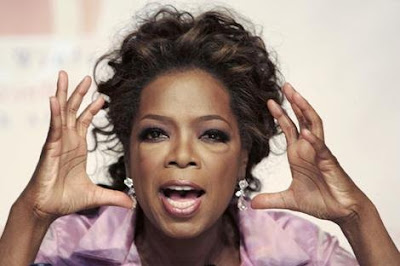 Writer Edward Wyatt notes: The average audience for “The Oprah Winfrey Show” has fallen nearly 7 percent this year, according to Nielsen Media Research — its third straight year of decline.

“Oprah’s Big Give,” an ABC philanthropic reality show, beat every program on television except “American Idol” in its premiere week this winter, but steadily lost nearly one-third of its audience during the rest of its eight-week run, according to Nielsen.

The circulation of O, The Oprah Magazine, has fallen by more than 10 percent in the last three years, according to the Audit Bureau of Circulations, and the magazine is now seeking a new editor in chief after the announced retirement of its longtime steward, Amy Gross. -source

Once you go Black….

Somehow someway Oprah will get it out of you… If I had known that Babwa Wawas liked the chocolate magic stick then maybe I would have liked her speech impediment self more. Now that she went and sold her soul to Oprah she is forever in her debt. WAS IT WORTH IT!!

Second of all I fail to realize the relevance in coming out about the affair now…. 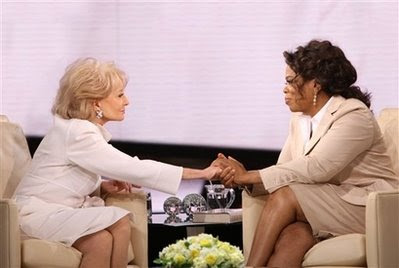 NEW YORK – After three decades of keeping mum, Barbara Walters now says she had a past affair with married U.S. Senator Edward Brooke, whom she remembers as “exciting” and “brilliant.”

Appearing on “The Oprah Winfrey Show” scheduled to air Tuesday, Walters shares details of her relationship with Brooke that lasted several years in the 1970s, according to a transcript of the show provided to The Associated Press.

A moderate Republican from Massachusetts who took office in 1967, Brooke was the first African-American to be popularly elected to the Senate. Both he and Walters knew that public knowledge of their affair could have ruined his career as well as hers, Walters says. -source

Even Oprah’s trying not to laugh at this one….. 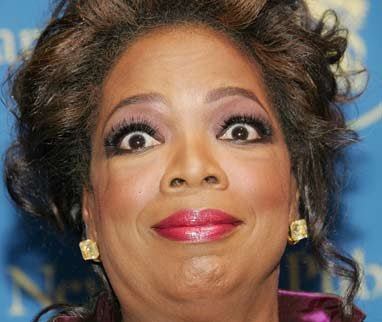 An “Oprah Winfrey Show” audience member is suing Harpo Studios Wednesday after some overzealous guests allegedly caused her to fall down a flight of stairs.

On Dec. 5, 2006, Orit Greenberg went to Harpo Studios to be an audience member for the Oprah show, according to a lawsuit filed in Cook County Circuit Court Wednesday.

Greenberg, along with an “excess number of patrons,” gathered in a waiting area before filing into the studio to be seated, the suit said. When the audience members were instructed to enter the studio and sit “where they wanted,” Greenberg claims she was pushed down stairs as the patrons “rushed the gate” while pushing and shoving one another.

The suit said Harpo management failed to properly control the crowd and was careless by allowing guests to seat themselves.

Greenberg allegedly suffered “severe and permanent injuries” from the fall, and is asking for more than $50,000 for medical care and other damages, the suit said. -source
Are you Kidding me….If that’s the case I would like to sue Oprah for spraining my finger calling her studio trying to get a seat on her gift give away show.This is the most blatant act of ignorance on a rich person that i have ever heard of. WAIT, who am i fooling, I will gladly be an eye witness if the lady promises to give me one of her thousands. (no, i wasn’t there but still if that lady can sue i can be a witness)
March 24, 2008   //   Plum foolery, oprah, sued   //   1 Comment   //

What did the Other piggy do?

I think this pic is back from early 07 but i just got a hold of it and the only question I have is…When all the piggies are out doing their thing (except for the one that stayed home.) What the hell did the 6th piggy do? 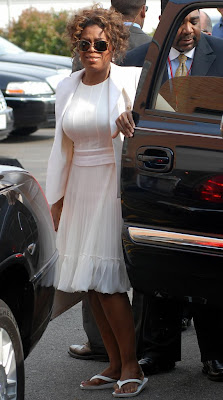 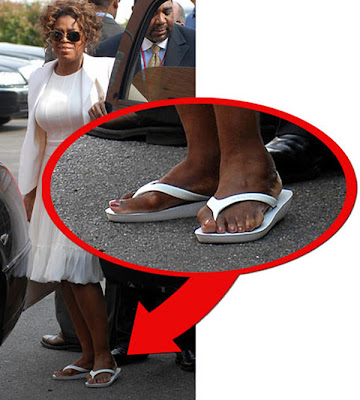 She should use her pocket change to pay for that thing to be removed. Maybe it’s that 6th toe that give her all that power she has……Maybe if she gets rid of the toe she will loose everything
Oprah’s 6th toe is to her as Long hair to Samson
March 20, 2008   //   oprah   //   No Comments   //

Oprah the Queen of Media

Well looky here looky here, if it ain’t Opy I don’t know who is it… I think it should be the next award for BET, it look like the kind of class and elegance that they go for 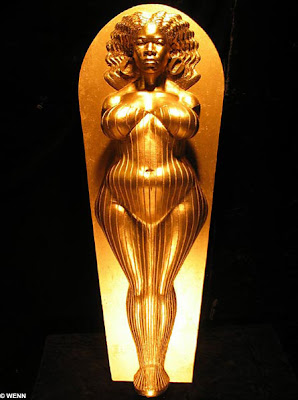 Controversial American sculptor Daniel Edwards latest work ‘The Oprah Sarcophagus’, is a very full-figured sculpture of Oprah Winfrey – and that’s where the likeness begins and ends.
The work casts Miss Winfrey in bronze, as a nude, full-breasted woman with generous child-bearing hips.
Edwards, 42, says his piece pays homage to the closest thing America has to a living deity. 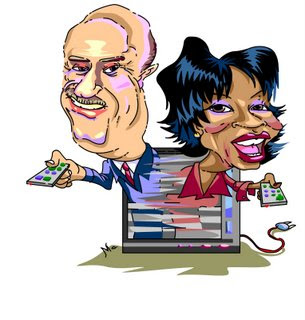 The fallout from Dr. Phil McGraw’s controversial meeting with pop wreck Britney Spears just keeps on coming. Now it’s not just Brit’s parents and mental health professionals giving the good doc a hard time. Queen of Talk Oprah Winfrey has had it with her tell-it-like-it-is protégé, reports the National Enquirer.

“Oprah is furious,” an insider told the magazine. “She expected Phil to apologize before the situation got out of hand. Instead he used the spotlight to tout his struggling talk show. … Oprah thinks he has completely lost his sense of right and wrong.” -source 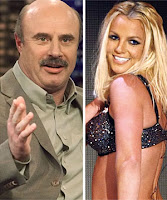 w true this is but I’m pretty sure that Oprah will have Dr. Phil on her show to say that “she is not firing Dr. Phil” she might be a little pissed off with him, but i don’t think she’s going to fire him….I mean yes, he does talk non-sense and his show sucks azz but….(I have no but) it might be time for him to move on and maybe really study for his certification. Leave Britney alone she loves being a cracked out, attention seeking mess. No one should try to help her. the only way she will seek help is once the paps stop giving her all the attention she craves she needs to be locked up in a cell somewhere in the bottom of the ocean away from people and sea creatures so she can go cold turkey off the drug known as “attention”
January 23, 2008   //   crack is whack, oprah   //   No Comments   //