Browsing all articles in funny ish

One of my Favorite Comedians Sommore was in Boston this Saturday doing stand up comedy at the Wilbur theater. If you weren’t at that show you really missed out. She is HIGHlarious… she had me and my people laughing, clapping and high fiving at her witty punchlines.

BET comic view’s comedian Chris Thomas opened for her and he had we dying with his lady voices and real life scenarios of his encounters with BIG GIRLS. After the show we got a chance to go to her dressing room and speak to her for a few minutes and pose to take pictures. She is not only funny but very sexy. She rocked the sexiest pair of Louboutins ever seen, they had me drooling and wishing there was an easy exit route to my escape.

Next at the Wilbur theater is Tracy Morgan… I’ll be there!

Random: Did y’all know that Sommore and Nia Long are half Sisters??

Oh Just stop, I’m sure many of you have seen this video floating around in your email boxes or your facebook pages but I thought it was just too funny to not pass along. Apparently this long time annoyance to society decided to fake a heart attack in order to cause a mis-trial (story below) As you can see from the video he concocted the plan that after he had his heart attack he would be un-conscious… even after the correctional officer puts the ammonia under his nose, in which he wakes up only to go unconscious again.

Now once apon a time I was a fast one and made the choice to have some fun and smell one of the ammonia sticks and those things actually really do rattle your brain, it stings and bring tears to your eyes. so that man in a mess for faking unconsciousness again right after someone just jump started his brain with one of those. LMAO!! I love black people

The sentencing capped off a week of Wilkins’ antics, which frequently caused Huffman to clear the courtroom. At one point he began yelling about lynchings. On Thursday, he apparently faked a heart attack, collapsing to the floor while uninterested observers watched. After the “attack,” during which medical personnel checked him out and found nothing wrong with him, Wilkins sat in a chair, pretending to be unconscious. When a deputy put an ammonia stick under his nose Wilkins responded, opened his eyes, then went back to feigning unconsciousness.

Wilkins, 33, who has an eighth-grade education, successfully represented himself before. In March 2005, a jury acquitted him of a different felonious assault charge, but a judge convicted him of being a felon in possession of a weapon. Last week, Wilkins represented himself again, and a jury convicted him Friday of two counts of felonious assault, being a felon in possession of a weapon, firing a gun into a habitation. He was also convicted of gun specifications, which added three years, and of being a repeat violent offender, adding 10 years to his sentence.

Huffman had appointed an attorney for Wilkins for last week’s trial, but Wilkins said he declined “because I don’t trust you or your court.” (

I would have loved nothing more then to spend the day chillen with Chris Tucker and Dave Chapelle, I’m confident that by the end of the day i would have done some damage to my panties via sh!ting/peeing myself and that my abs would be rock hard, and available for display at the nearest hips hop abs commercial (with the unbelievably tangy instructor). I doubt anything these two said that day made no sense but was the kind of stuff the he acronym ROFLMBAO was made for.

if only to be a fly on one of there shoulders. never mind the fact that Chris is HOTT to def but that would have just been a bonus to my day full of comedy and non sense.

Shits and giggles for all… 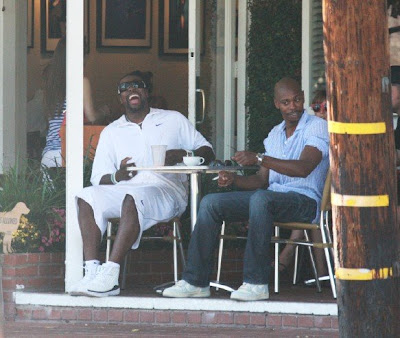 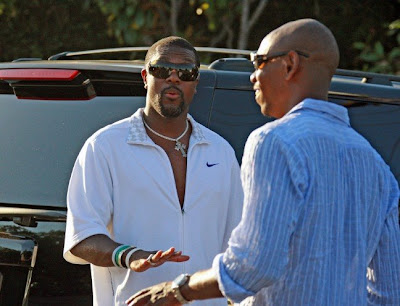 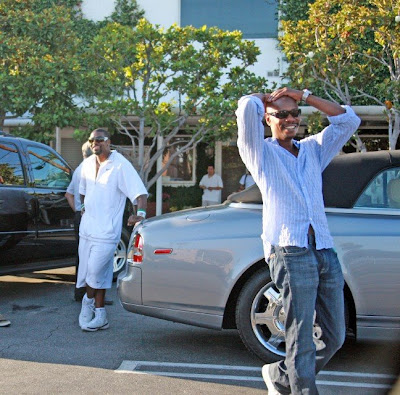 I just send one of these to my sister and the BF and I have to say that “I LOVE IT” it’s funny and it actually really promotes her song and her album, but i guess everyone is not as easily amused as i am because she is facing lots of kick back from people about the violent images and connotation that the SNL like parody has. I don’t agree, although Ashanti sucks her promotion team did the damn thing with this little prank of a telegram. if you don’t believe me click on the link below and send to someone (friend ex-lover who you still cool with), after that if you feel like actually killing someone with a stiletto then you might need to seek help because it’s obviously a joke. 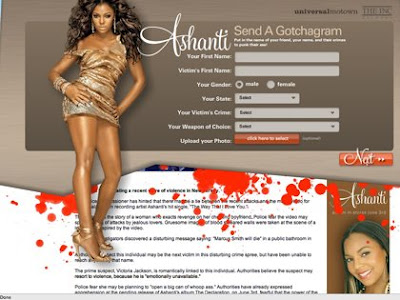 Less than 30 seconds after the site loads, a large knife, dripping with blood, carves out a box at the top of the page, and a menu pops up that lets users send a “Gotchagram” e-card/video to a friend or enemy. After putting in your name, the name of your friend and their “crime,” a menu titled “Your Victim’s Crime” drops down with such options as “sleeping around,” “suspected sleeping around,” “playing you like a fool” and “breaking your heart.” The next drop-down menu, for “Weapon of Choice,” features options such as “boot,” “knife,” “can,” “sledgehammer,” “rolling pin” and “guillotine.” A glamorous shot of Ashanti in a tight gold mini-dress accompanies the “Gotchagram” box.

Once the information is input, users can click on a box to the left that launches a customized UCN news report featuring their information, including the victim’s name splattered in blood on a wall, the weapon of choice, the sender’s name in a fake newspaper headline and a reference to their home state. The clip ends with a plug for the album and a cartoonish voice reading the caveat, “Ashanti and Universal Music Group do not encourage or condone violence of any kind. This is for parody purposes only.” -source 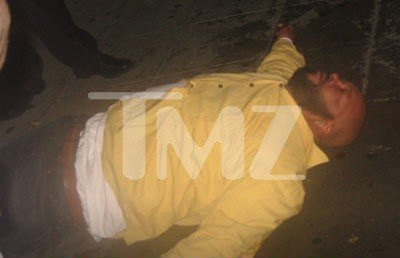 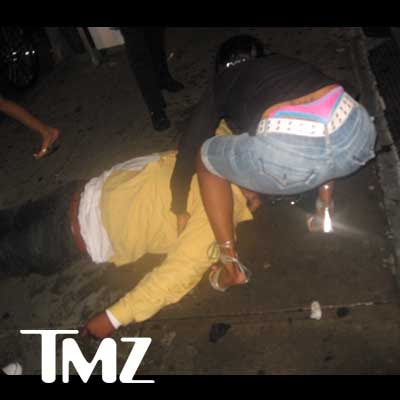 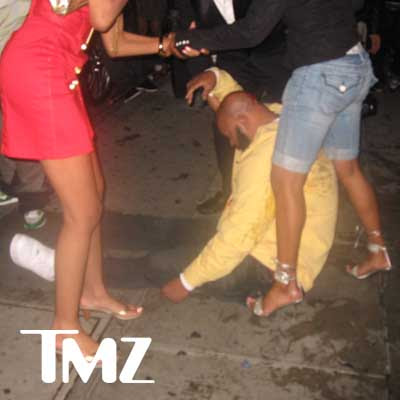 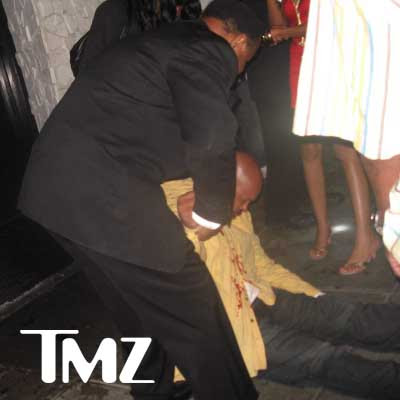 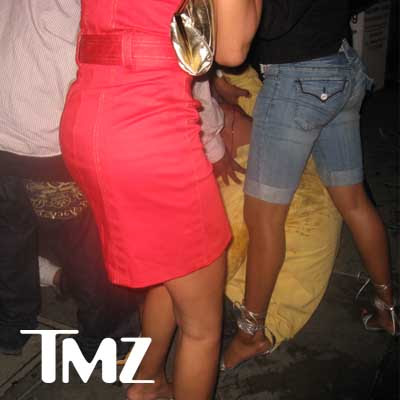 So my friend DMX was caught by the camera police speeding down the highway in a 66 Chevy Nova. Not that the chitty chitty bang bang (CCBB) car was a Chevy Nova but for some reason it just seems like DMX’s Chevy had the kind of powers that CCBB had. I know many of you have wished that your car had CCBB powers..I know I sure have, if it did maybe i wouldn’t be suffering from High blood pressure, ulcers, and anger management during Boston rush hour traffic. If I can’t have CCBB I will gladly settle for whatever it was that DMX was smoking right before, during, and after he started driving. 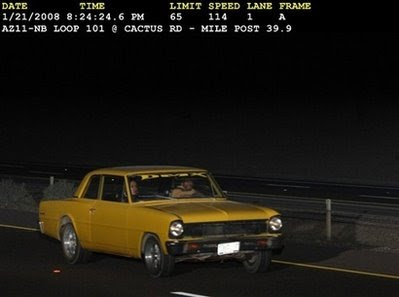 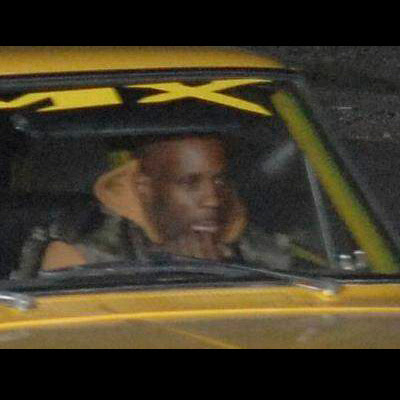 According to police, stationary cameras first snapped DMX in triple digits around 8:24 PM . One minute later he was spotted again — this time doing 114. Three minutes later he was clocked doing 101 … and he did all that in a yellow 1966 Chevy Nova II. DMX, real name Earl Simmons, faces charges of racing on a highway, reckless driving, two counts of endangerment, three counts of criminal speed and driving on a suspended license. source

Here a little clip to help refreshen your memory

NOOOOO!!! really I can’t stop laughing, my stomach hurts and I think I farted out loud twice. I just want to be dead right now…I’m finished I can’t go on….It hurts Lord it hurts….*LMAO all the way to the promise land LMAO* 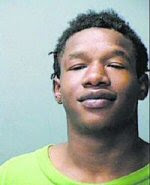 FORT WORTH, Texas — Police in Texas said a 21-year-old man was arrested and accused of trying to cash a check for $360 billion.

Police in Fort Worth said they arrested Charles Fuller last week when bank tellers noticed the ridiculously large amount and called the woman whose name was on the check.
The woman said Fuller is her daughter’s boyfriend, but she had not given him a check — and certainly not one for billions of dollars.
Fuller has been charged with fraud, police said.
Police said they found 2 ounces of marijuana and a gun in his pockets when they arrested him, so he also faces charges for unlawfully carrying a weapon and possession of marijuana. -source

Amy Winehouse is TOO FAR GONE

I had high hopes that Amy would clean herself up and get it together but I guess I played myself. Instead she’s out there headbutting people and bumping into lamppost..really who does that??? 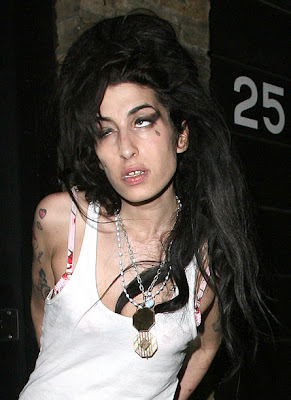 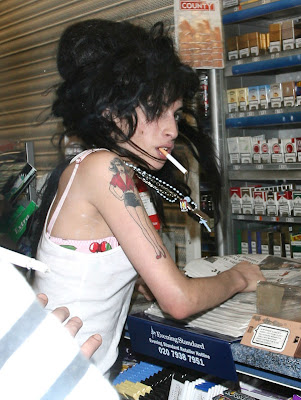 Amy Winehouse went out on a wild bender last night — and ended the evening headbutting a party goer.

The troubled singer, 24, reportedly partied until 4am, and she completely lost it after arguing with a male outside a London pub, onlookers claim.

Amy “got upset and lashed out, headbutting a guy hard in the face and also punched him,” said the onlooker.

“Her concerned friends rushed outside and dragged her back inside the pub.”

She then headed into a sweet shop and appeared to help herself to a paper, fags and sweets before racing back to a waiting cab.

And then to Amy’s surprise, she smacked her face into a lamppost.

After being dropped back at her London flat, the 24-year-old songstress infuriated one last bystander allegedly short changing the taxi driver $40, telling him his ride “wasn’t worth it”. 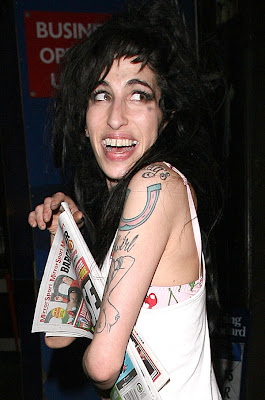 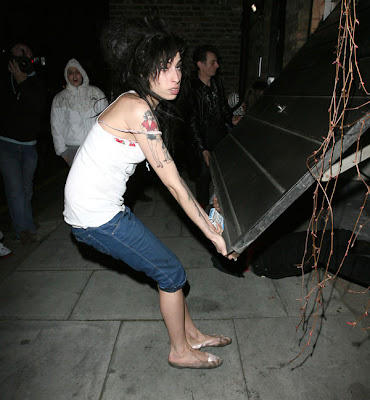 Is that Whoopi’s hair?

Giving that Eva is a Top Model and I know she has gigs lined up. I fail to understand what the hell that thing is on top her head, and why she said “yes” when asked to wear it?? and then to my dismay……..Low and behold….Whoopi!!! 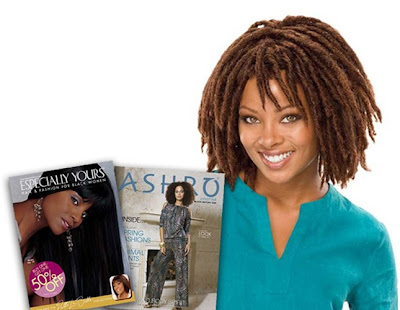 Eva is promoting the Whoopi look. I get it I get it…. 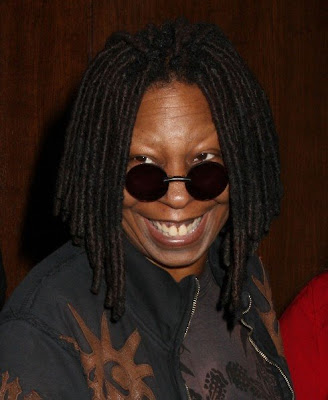 I sometimes laugh at my own damn self..I made a funny….ROFLMAO!! 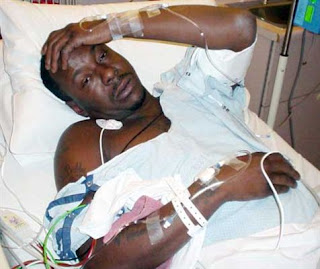