Browsing all articles in I hate black people

Every years these two buffoons do the same buffoonery and embarrass Black America more then it has been all night, and it hurts my feelings and makes me want to cry…. Lil Kim could possibly be the scariest thing i have ever seen in my life. 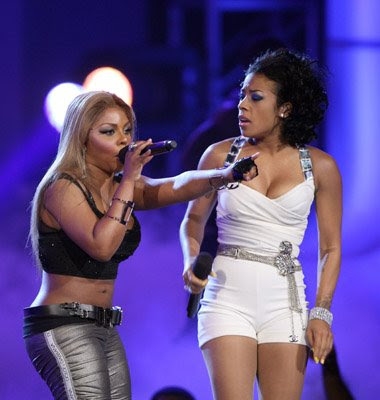 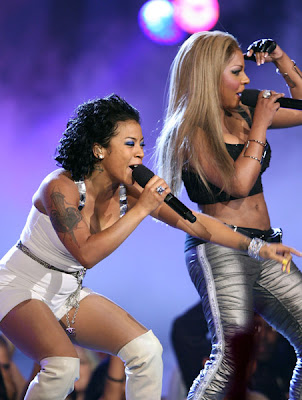 Keyshia and Kimberly need to give it the hell up because they sounded like two clucking chicken heads in the hood that got a chance to perform at there high school talent show and went out to buy new outfits to run around stage making noise and trying to be sexy…… GO SAT DOWN….. Your time is UP
June 25, 2008   //   I hate black people, TNHOTT Awards, we got to do better   //   No Comments   //

You too Old for this Sh!t Luenell 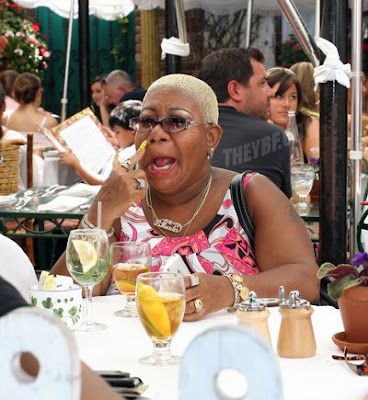 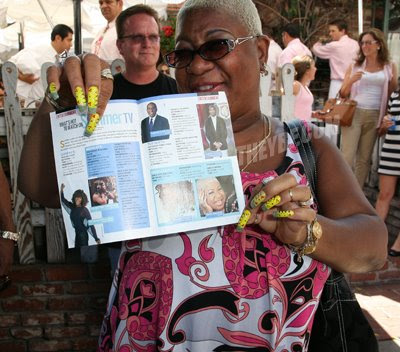 Because the question is: When woman have those long azz nails, how do they wipe they azz without getting a little bit of caca in them??

I kid you not I refuse to eat from someone who has nails that long. and Lunell really needs to go sit her old behind down somewhere out of the sun. You know old people and children get heat stroke real quick and start to fall out.

You see why i can’t do this… 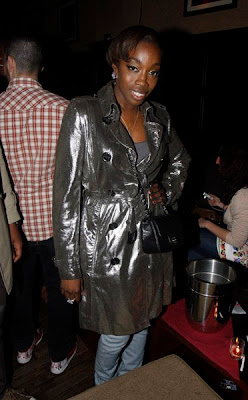 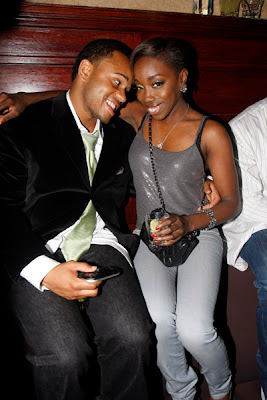 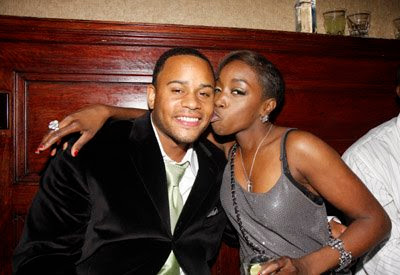 From N!gger to NAS (Man up)

Nas has made his point and will now change the name of his CD from NIGGER to NAS. He says that stores will have a hard time carrying and selling a CD with that word on it. DUHHHHHHH!!! Now everyone can shut up and get over it. I hope he uses that shirt to dry his car off after having it washed. It was a bad idea from jump. 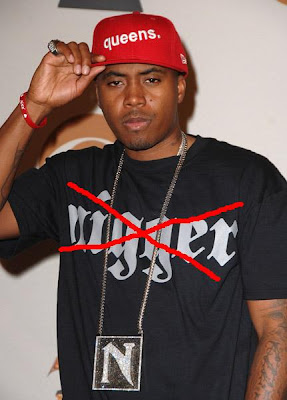 A representative for Def Jam has confirmed to EW.com that hip-hop artist Nas has made an eleventh-hour decision to change the title of his new album from N—– to simply Nas. The Queens rapper sparked a heated debate last fall when he announced the provocative title for his upcoming ninth record, but last October, Island Def Jam Music Group chair Antonio “L.A.” Reid publicly denied widespread reports that label execs were uncomfortable with his decision.
But in an interview with MTV News last week, Nas suggested that he was facing renewed pressure: “Everybody is trying to stop the title…. Record stores are gonna have a problem in this day and time selling a record with that title. -source
May 20, 2008   //   I hate black people   //   No Comments   // 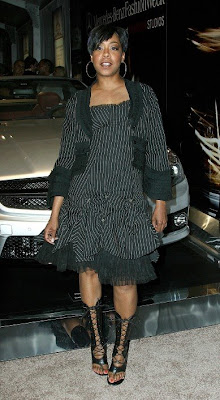 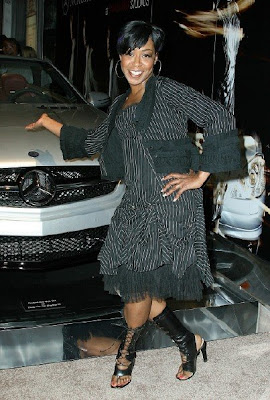 Why black people always got to mess up a good thing. At fashion week PAM thought it was a good idea to dress like a Roman CFO of Pinstripe Corp. Who ever designed those open toe lace up boots should be kicked in the face 5 time. One for each sigh I made.

So Ladies Love Cool James decided that it would be a good idea to start his own clothing line he calls “Todd Smith” of which the designs remind me of the things little girls make in art in crafts class, at the local Michael’s. What gown behind man in their right mind is going to go to the store to purchase an article of clothing with mad bejewels on it. ACTUALLY I take that back I have been to many of clubs where i have seen men with tight shiny upper wear and i laugh and cry at the same time. My emotions can’t take to much foolishness.

Next thing i know I’m picking up little rhinestones from off the club floor. LL can’t be serious. 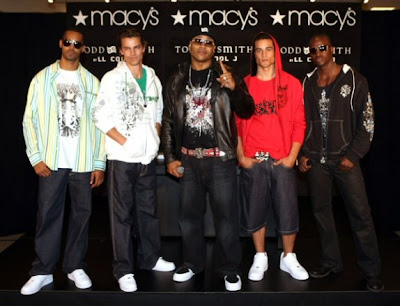 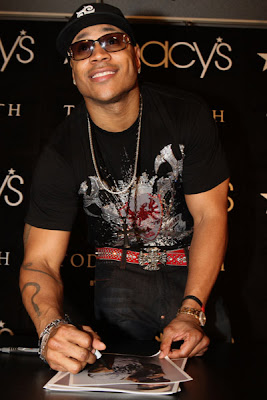 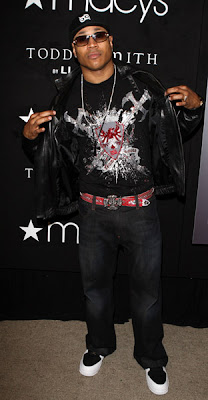 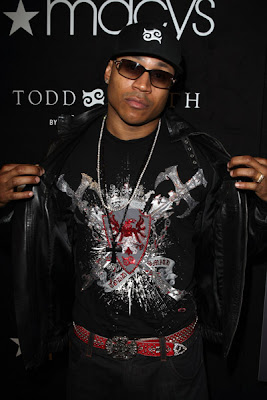 According to this audition foolishness a bust it baby ranges from someone that can bust a nut twice to someone that will end up looking for a bust-it-nigga (more confused) . I don’t know, all I do know is that my soul is crying again for the young chicken heads of America. I don’t understand how these girls get in front of a camera and be so quick to drop their skid marked thongs just to appear or a reality show called Bust-it-baby..hell why not just bring back BET’s uncut, at least those hoes where getting paid for Pu$$y popping on a hand stand.

Rip up that runway Please

If this was the kind of foolishness that was on the red carpet, then I’ll be damned. I have never seen such a concoction of ugly in my life. 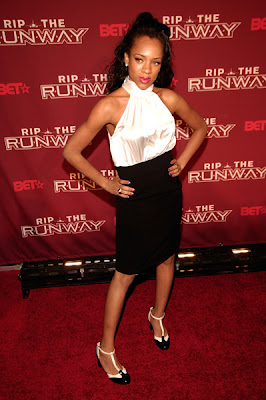 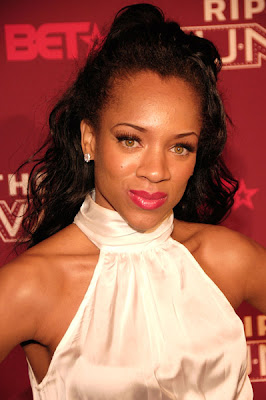 Little ManMa kills me with the “I’m trying to be sexy but I’m really a man in a dress” look. I mean damn it looks like she applied her lip stick with the back of her hand. I pray that those eyes are really hers because if they are not….She will forever be at the top of my “WTF” list. (and that is not a good thing) 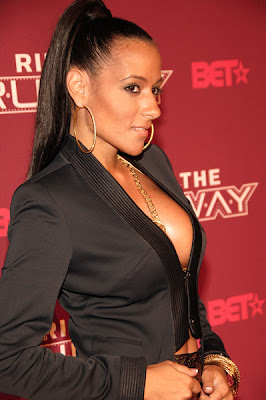 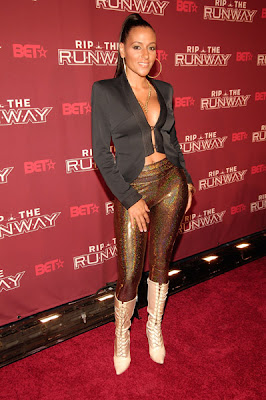 So Rita G you selling your Sweaty draws on the Internet and this is the outfit you so fit to wear on the red carpet. if the revenue from they pantie sales are you trying to tell me that you couldn’t afford as LEAST a little black dress. One should never have to try so hard to be relevant. That outfit should be burned and left for dead. 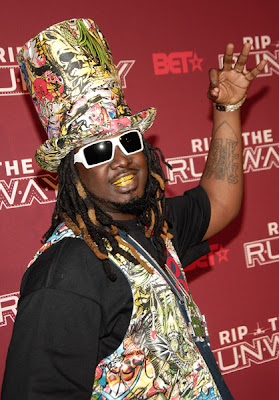 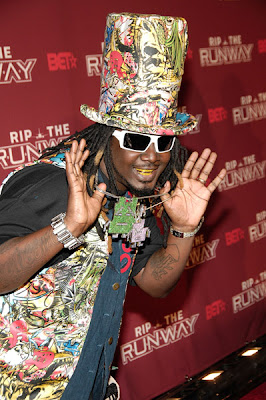 The color Yellow for TEETH is inappropriate, regardless or weather they are grillz or not. I’m not even going to raise my blood pressure by talking about the outfit 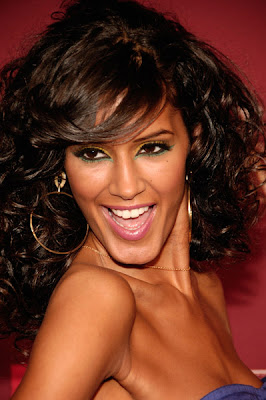 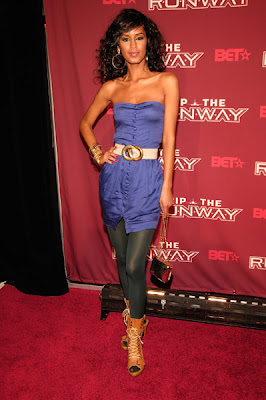 Does any one here watch the bad girl club on tuesday??

Tell me this fat skank ain’t a heart attack waiting to happen. Not because she’s fat but because she forces it beyond forceability. she screams, yells, hollers, kicks, breaths, talks. Everything that her nasty ghetto, sweaty man voiced, behind shouldn’t do. This past week she debo’d the lil gagsta white girl and dinged her all up in her face (the video is not up yet but I’ll post it when it does surface) For now just enjoy the foolishness…she actually ran through the house and woke everybody up with pots and pans. So it was remixed into a song. It’s pretty catchy

Can you guess what i’m about to say 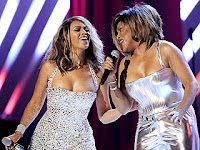 When Beyonce and Tina Turner hit the Grammy stage for their high-octane duet on Sunday, most observers were left in awe. But the woman known as the “Queen of Soul” was left in a state of dismay over Beyoncé’s introducing Turner as “the Queen.” Clearly offended, Aretha Franklin says in a statement,

“I am not sure of whose toes I may have stepped on or whose ego I may have bruised between the Grammy writers and Beyoncé, however I dismissed it as a cheap shot for controversy. In addition to that, I thank the Grammys and the voting academy for my 20th Grammy and love to Beyoncé anyway.”
Everybody knows that Beyonce don’t got ONE OUNCE of sense and that 97.9% of time she has no idea what she’s even saying. So for Aretha to get mad about something that idiot azz Beyonce said, makes her just as much as an idiot. Besides, Aretha should concentrate on the fat in her big throat then who is borrowing her title as the Queen of Soul. Only thing she is right now is the Queen of Ham Hocks and Fat Backs
source
February 13, 2008   //   I hate black people, what say you?   //   No Comments   //