Browsing all articles in baby news

UPDATE: Nas and Kelis brought a new baby into the world and names him Knight Jones. Her rep added: “Weighing a healthy 7.8 lbs, the beautiful baby boy and his mother are doing wonderful.”

In the delivery room only kelis’ mom and sister was present, Nas showed up but was not allowed into the room because he was too drunk or smelled like booze or some shit and Kelis kicked him out. Also she was awarded somewhere around $53 thousand dollars a month for child support. *sigh* (I need to find a rapper/baller.)
…..

HA! I love it when stories break and all of a sudden it’s worst then it seems. Sometime today it was learned that Kelis missed her court date because she was in labor and had to be rushed to the hospital. Then came the OOOooooo and AHHHHhhhh about nas not being by her side and him going to the court house anyways to argue his case (child support) while his new baby was coming into the world. GEESH! give the man some time to get to the hospital before turning him into the Dead Beat Dad of the year. A couple of hours after the: Nas being a b!tch rumors started flying… Nas’ lawyer sends a kite to TMZ.com that Nas was actually on the way to the hospital to be by the side of his ex wife and new baby.

No Word yet on weather the baby was born. Soon as I find out I’ll let y’all know. 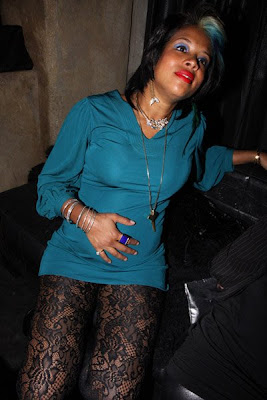 Rumors have been flying around about Raven Symone recently giving birth to her child, well it’s TRUE. I was sent the first pics ever seen of Ravens baby via a representative on her staff. Raven gave birth to a healthy baby girl named Lilianna Pearman in an Atlanta Hospital. The father of Lilianna is Jussie Smollet (Jurnee Smollets older brother) Jussie (pics below) and Raven aren’t together but are two proud parents. hmmm

WTF!! now if Raven Symone was pregnant I WOULD KNOW… because I sweat/hate on her at all times. my little cousin makes me sit through hours of “That’s so Raven” and although she is a mammoth sized whale i doubt she has ever been pregnant or worse… given birth. For them to have let the white girl (Britney spear’s sister) go from the Disney channel and keep Raven if she was pregnant is reverse discrimination and RUDE *giggles* 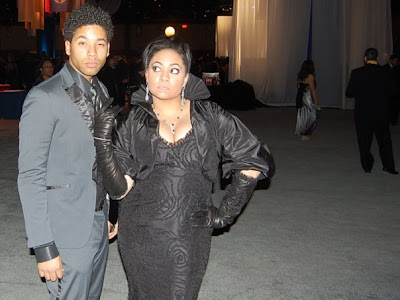 This is the supposedly the baby: Raven Symone’s Baby – There is a hoax flying on the internet claiming that Raven Symone had a baby boy this week.Symone was not expecting and therefore did not give birth to a baby boy for singer Omarion. -source

So I went further and checked around the net and wikianswers said: NO but who knows i wouldn’t put it past there lil fast behind girls. A 24 years old shouldn’t be on a Disney show anyways.. shoot!

anything to make a little CASH MONEY…. Who wants to see this weird family in a reality show. I waste enough of my time watching Flavor of Love 1-7 reruns, Why in all of Camelot would i waste my time even channel surfing pass this show. I hope it never airs.
Second it’s almost a remarkable comparison as to how much this picture looks like the actual cover of the magazine. I have to get it out now(or I’ll burst)…Those babies are NOT the beautifulest things in the world (they were cursed with their father’s look). There I said it *WHEW* 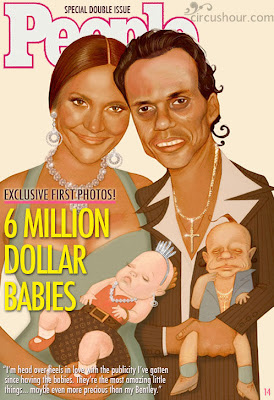 pic via circus hour
Jennifer Lopez is about the open her personal life for a new television series on TLC, the cable channel announced Wednesday.

The singer and new mom to twins will co-executive produce, co-create and star in the “docu-series,” which focuses on how Lopez juggles her career — including launching a new fragrance — with motherhood.

“Jennifer is unbelievably passionate about life and will be an incredible role model for our audience,” TLC President, Angela Shapiro-Mathes said in a statement.

The series is currently in production. No air date has been revealed. -source 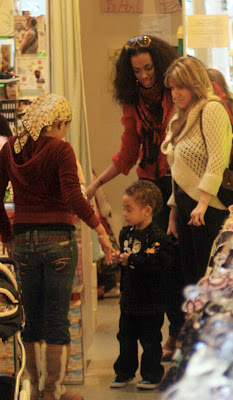 “I have been so blessed that my son is the coolest kid ever,” Solange tells World Entertainment News Network of son, Daniel Julez J. Smith. ”Of course, that first year of not sleeping and just being dedicated to him had tough parts.” But Solange is confident that 16-year-old Jamie Lynn will man-up, or should that read mom-up, in the coming months. “I’ve heard stories of people who were 14 that had kids and basically snapped into it and got into the groove of motherhood,” she says. “A lot of people have doubts, but when you have a child I think it takes a really non-emotional person not to have a blast, no matter what age.”-source
blah blah blah…get a life, the first thing that should come out your mouth is not that your son is the coolest. Tell her the truth about raising a child, and that no matter how much money you have it’s hard and stressful, and yes you might adapt but it’s still not easy… Kids should be kids Shlong and and Jamie lynn should have kept there little legs closed and lived theIr life to the fullest.
Thank goodness for family and friends that make it easier on young mothers to raise their children in the right accord. but kids need to be encouraged to be kids and stay away from the damn boys, and to keep the key to their love box hidden until they are ready to allow someone to open it.
January 15, 2008   //   STFU, baby news, go sit down   //   No Comments   //

For all your Run’s House Fans. Plese welcome the newest cast memeber: 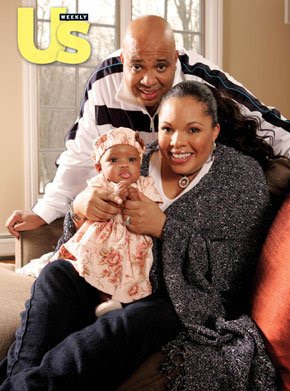 Run, 43, and wife Justine, 42, adopted the American-born girl (they do not know her birth mother) when she was a month old in September – exactly one year after Justine gave birth to a daughter who didn’t survive.

“The more you mourn, the more you want to mourn. I would have landed in depression,” she tells Us.

“I wanted a girl really bad, and I knew I wasn’t going to try again,” she says. Justine has two other boys with Run and is the step-mom to a boy and two girls.

“It’s heaven,” Run tells Us, “to have this baby come into our house at this time, at Christmas.”

recent buzz around town is that Tyra has been in the baby market shopping around for a little unfortunate African child that she can mold into the next super model. Even thought i can’t stand Tyra and i love my own momma I will sacrifice my adult years and revert back to a tiny baby and allow Tyra to take me in as her own……Ohhh the sacrifices i make for the great of man kind

If it make her feel more connected to me I’ll wear an extra piece of flesh and bone on my forehead so that it can resemble her massive one. 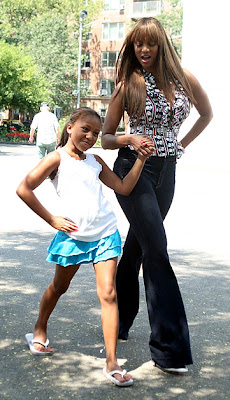 The 34-year-old supermodel is keen to follow in the footsteps of celebrities like Madonna, Sharon Stone, and Angelina Jolie and Brad Pitt, and open her home to a child in need.
“I’ve wanted to adopt since I was nine. I have a connection with children and they don’t have to come from my womb for me to have that connection,” Contactmusic quoted her as saying.
source
December 24, 2007   //   baby news   //   No Comments   //

Take That, Take That!!

Rumor has it that Diddy would like to fill his next concert’s first five rows with his own kids, and he’s on the way to doing that. I can’ help but to imagine that every time Diddy thrust his love stick into somebody he’s says “take that, take that” and then nine months later whaaaa whaaa cries his 18th illegitimate child. 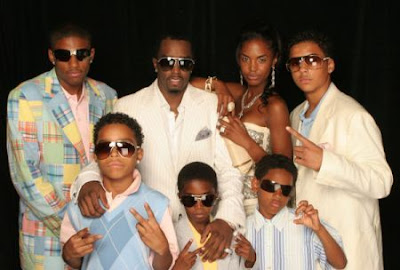 But it’s all good as long as punkass Kimberly Porter wears her knee pads. Kimberly, who will never have all of diddy’s love still insist on standing by his side, all the while making a mockery out of herself by talking trash when she grew some balls and left him for the umpteenth time(just to make a scene), yet was spotted with him shopping, smiling, and giggling like a little punkass teen just the other day. Diddy AIN”T got nothing to worry about. GRRRRR!! 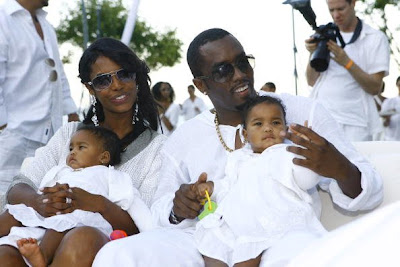 Diddy has claimed the child of the other other baby momma:

“The rap mogul tells us exclusively that he’s “committed to being a good father” to his 15-month-old daughter, Chance – even though the little girl was a factor in his break-up with longtime girlfriend, Kim Porter.

Over the past year, Combs’ reps repeatedly denied to us that he’d fathered the child with Atlanta beauty Sarah Chapman. Combs now tells us he’d been holding off on acknowledging Chance as his blood until DNA tests had been completed.

“At first, I wasn’t sure if this was my child,” he said. “Now that it has become clear she is, I will take care of her for the rest of her life.”

Boston Has a New Baby 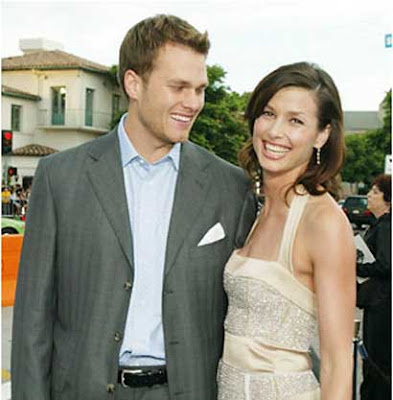 Announcers told the crowd in Charlotte, N.C. that the baby boy, born Wednesday in Los Angeles, was named Jonathan Brady.

Brady, 30, skipped the customary post-game interviews, but several of his teammates and friends said they’d offered congratulations upon hearing the news of the birth. “We’re just happy that everything went well and it’s a healthy baby,” Brady’s friend and backup quarterback Matt Cassel told PEOPLE. “Tom will be the best dad in the world. He’s a great guy.”
all four of them… the model, the baby momma, the baby daddy, and the baby can all live happily ever after…sounds like a ghetto fairy tail to me…
source
August 28, 2007   //   Boston news, baby news   //   No Comments   //