Browsing all articles in all i need is one night

Oh Nelly PLEASE your killing me

Have Mercy on me dear Father… I have stared at this pictures for so long that…. I think I’m going to be a mommy… Nelly and I will go on to live happily ever after, until death do HIM part. He so Fine he blows my mind

Ohh to be the underwear of Nelly’s Body….. This picture is just wrong and makes me want to find Ashanti and side kick her down a flight of stairs, because everything she goes over to his house she can think about this picture and fling him to the floor and give him her version of that “good good” as she so claims she has…I DOUBT IT… I have the only “good good” that he would EVER EVER need. Have Mercy what a fiine specimen of a man. YIKES!!

Anyways Nelly is the new face of Sean John’s Men’s panty/underwear line… I will steal every poster i come across (most likey get arrested) and hang them on the ceiling in my room. so while I’m….. Sean “Diddy” Combs said, “I have known Nelly for many years and I really admire his work. To me, Nelly is the quintessential definition of the Sean John man. He has the attitude, the swagger, and most of all the physique that our customers can both aspire and relate to. And let’s be honest, all of the ladies out there are going to be thanking us for this campaign. The images are so strong; they speak for themselves. We are truly excited to welcome Nelly into the Sean John family.”

Nelly said, “I have been a big fan of Diddy and the Sean John clothing line for years. So, when they asked me to work with them, it was a real honor. I hope my fans will enjoy this campaign as much as I did shooting it.” -source 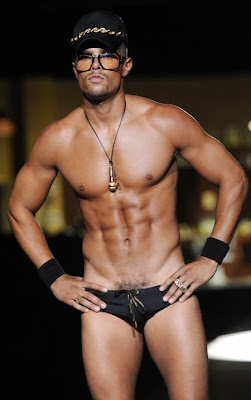 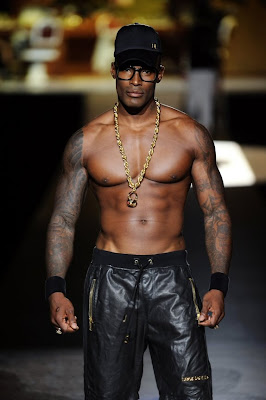 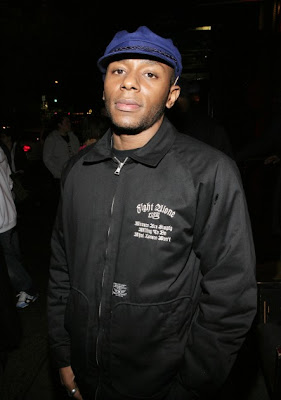 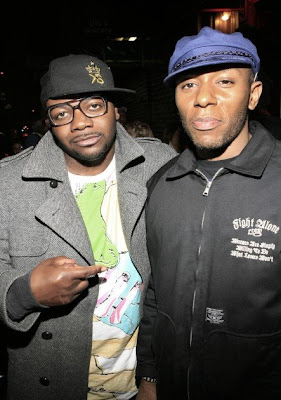 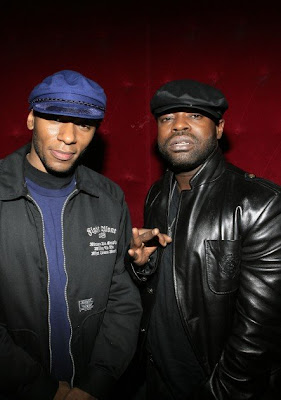 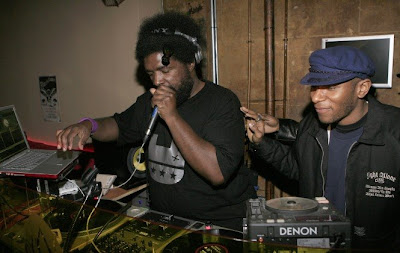 Mos Def was spotted kicking it with the Roots during there album release party. Rumor has it the that roots are not doing to well on tour. I forgot the reason why and forgot where I read that, maybe due to the fact that none of this really matters to me and has no bearing on my life or any of y’all. Anyways back to mos def he’s totally Hott!! 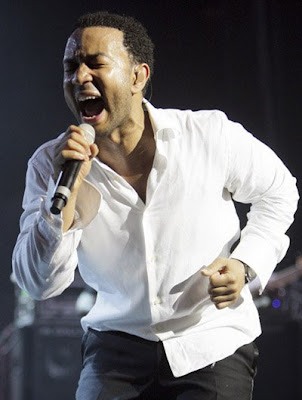 Seriously what the hell is John legend singing about sooooo hard? 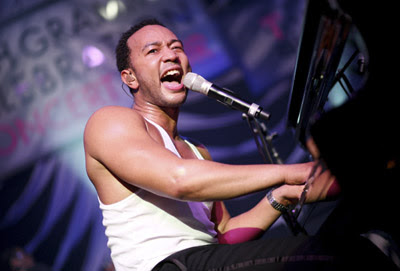 So hard that he had to take his shirt off…. 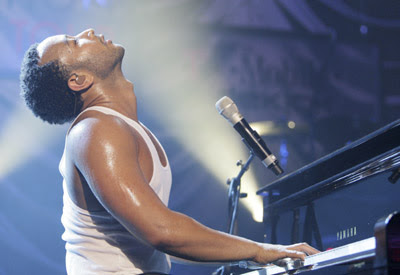 and really feel it and sweat. he should come sing that song to me.

Let me be the 1 millionth person to say that Chris Beezy would get the smash down if i ever meet his lil adolescent behind. Some where over sees at this concert a lot of little girls experienced for the first time what it feels like to Fall in love and have to make a mad dash to the bathroom for fear of something brewing in their Loins… 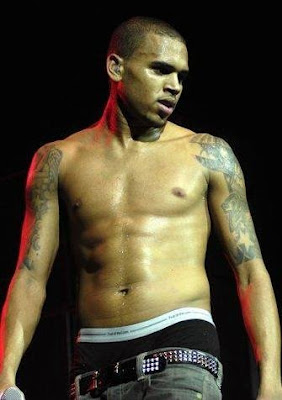 Shaq Gets a ride from a fan

SOooo I was shopping around for something to post at BWE when a came across a post about Shaq bumming a ride off a fan….I’m not sure how credible this story is but these pictures say a thousand words. all i do know is that Shaq is one big mother f’er and if it was me that he was getting a ride from BEST believe that by the time he got out I would have been SOOOOOOO pregnant…….. that’s all….Thanks have a nice day 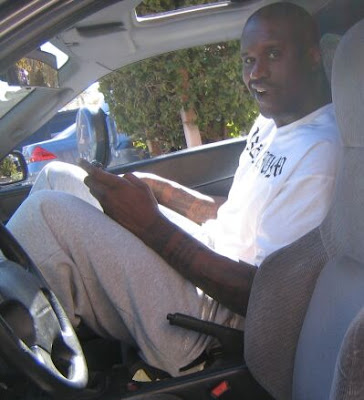 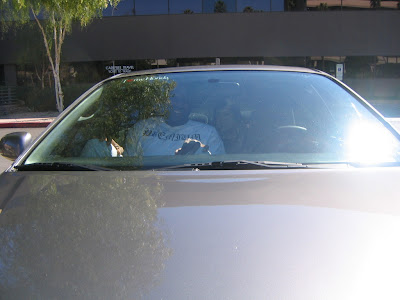 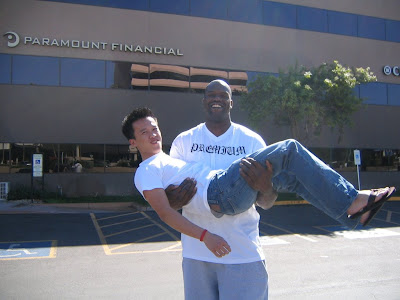 Shaq goes for ride with fan
Hey, I was at Scottsdale Fashion Square today and ran into Shaq. I was with my girlfriend and we were driving to the mall when i saw Shaq’s enormous black truck. We followed him into an office complex and asked to take a picture with him. He said we could as long as I gave him a ride. So after taking pics he hopped in the car and I drove him to the Grand Lux. Pretty sweet.
March 12, 2008   //   all i need is one night   //   No Comments   //