Browsing all articles in arrested

Is getting arrested FUN…???

Because it seems as if DMX has made a hobby out of it by getting arrested 6 times in the last 6 months which i think it’s a little ridiculous, cause they need to leave him in a jail for a little while because obviously he wants to stay in there. If the justice system would just start looking at the signs and red flags of these criminal they would see that they are just crying out from some prison love. DMX is practically begging them to lock him up from a while and they are turning a blind eye. they won’t lock him up for good until her kills someone. Damn SHAME!! PHOENIX (AP) — Rapper DMX was arrested at a Phoenix mall Saturday on suspicion that he gave a gave a false name and Social Security number to a hospital to get out of paying for medical expenses.

Maricopa County Sheriff Joe Arpaio said that when DMX, whose real name is Earl Simmons, went to Scottsdale’s Mayo Clinic in April, he used the name “(Barack Obama)/Troy Jones” and failed to pay a $7,500 bill.

“He’s back in jail again,” Arpaio said. “I don’t know why judges keep letting this guy out. Every time he goes in there, he gets out on bond.
“I’m hoping this is the one time he’s going to pay the penalty for his offense,” he added. 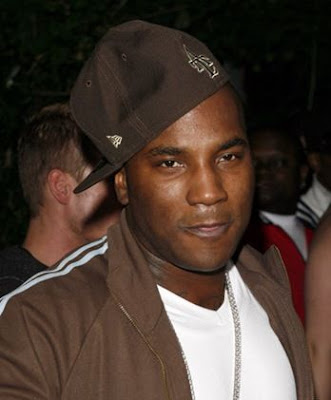 TMZ has learned rapper Young Jeezy was popped early this morning in Atlanta driving like a crazy person!

Cops arrested the Jeez around 2:30 AM on a whole mess o’ charges, including DUI, speeding, reckless driving, no tags, driving with an open container and no proof of insurance.

damn I wonder if the car had wheels, a windshield, or doors. My man really took the song riding dirty to heart. I guess he figured that if he was going to drive completely illegally then he would do it the right way, only thing he forgot was his kilo of cocaine that should have been stashed in the passenger seat of the car. It’s a damn shame how these people throw their lives away for some joy riding, gangsta fun. I guess this is why this lil boy did what he did. he sees crop like this and gets DUMB Azz ideas…This Story is a little old but very fitting for this post.

Jeezy should get put on house arrest and should not be allowed to play video games for one weekend.

They Got the lil Crazy Girl

If you havn’t seen this already: It’s really quit out -of- control

Police in Atlanta’s public transportation have issued a warrant for the arrest of a young woman known as “Soulja Girl” after she was seen violently rebuking an elderly woman on a subway line.

The woman was seen screaming on the train at the elderly woman while reciting lyrics to the rapper Soulja Boy.

She also called the senior citizen a hoe and a b***h and threatened to kill her.

And She’s a wrap: They said she has bipoloar disorder and that while in jail she is getting the treatment she needs. She is 25 years old and has a son. 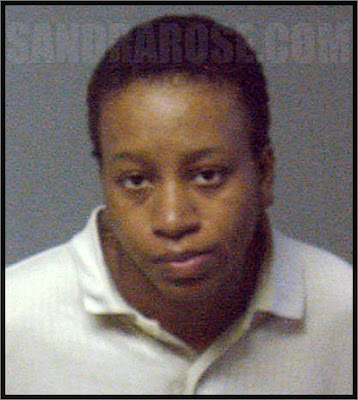 For domestic violence. You would almost want to think, that anyone involved with Dennis Rodman has half a brain and might need a little shake down every now and then. To be honest I fail to realize the sensual seduction that he has in order to have a girlfriend(period) maybe it’s that little bit of green $$ that he has left that keeps the ladies from respecting them selves and giving there bodies and time to a man that uses his body has a ink harboring pin cushion…but that’s just me. 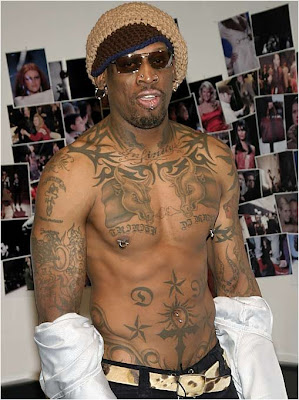 Police say the 46-year-old former NBA star was arrested Wednesday night after officers answered a report of a domestic dispute. Officer Sara Fayden says they learned Rodman had struck a woman who suffered “injuries to her arm.”

There was no word on the seriousness of the injury.

Rodman manager Darren Prince told TMZ.com that Rodman and his girlfriend had too much to drink, argued, and Rodman grabbed her arm and left a bruise. Prince told TMZ that Rodman’s drinking has escalated because of a nasty divorce and he plans to enter rehab.

Rodman was jailed for investigation of felony domestic violence and freed on $50,000 bail early Thursday. source 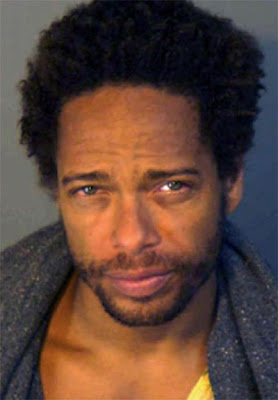 An officer saw Dourdan’s car parked on the wrong side of the street with the interior light on and someone sleeping in the driver’s seat at approximately 5:12 a.m. Monday, according to Palm Springs police Sgt. Mitch Spike.

The officer described Dourdan as disoriented and possibly under the influence of alcohol or drugs. The officer arrested Dourdan after locating suspected cocaine, heroin, Ecstacy, miscellaneous prescription drugs and paraphernalia. Dourdan was released on $5,000 bail at 10:30 a.m. Monday. A court date was not immediately scheduled. -source

What in the hell was he thinking…I know that in CSI training they thought this nigga that you have to be good with hiding things and make sure you destroy all the evidence that will get you locked up. but NOOOOO!! I would like to understand why the hell he was operating a moving pharmacy in his car….second people seem to forget the code of the hood “don’t get high off you own supply”

What did you expect

Weezy “WTF” happened baby. This little duffle bag boy better go and get his money for: 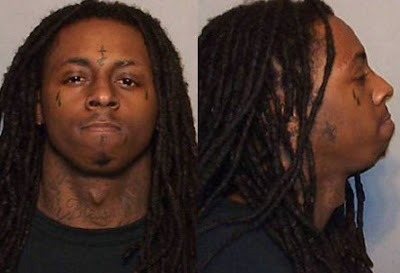 TMZ reports:Law enforcement officials tell us Wayne, whose real name is Dwayne Carter Jr., was arrested near Yuma, Arizona last night on three felony counts: possession of dangerous drugs, possession of narcotics and possession of drug paraphernalia. Cops tell TMZ that the Drug Enforcement Agency was involved in the arrest — which means it’s a big deal! We’re told Lil’ Wayne’s tour bus went through a US Border Patrol checkpoint when the narcotics were allegedly found, that’s when the DEA was called in.

Wayne is currently in the custody of the Yuma County Sheriff’s Department, where he’ll be held pending his arraignment at 9:00 AM PT.

Wayne was arrested in Idaho last year for felony possession of drugs. -source

I wonder if he ever had any boyfriends in jail??? he seems like a thug but he is pretty little and those dreads are long and flowing and Tiny might mistake him for a little lady. let me stop he ain’t going to jail for longer then the time it takes him to speak to the judge. Ohh to be rich, ugly, and dumb… 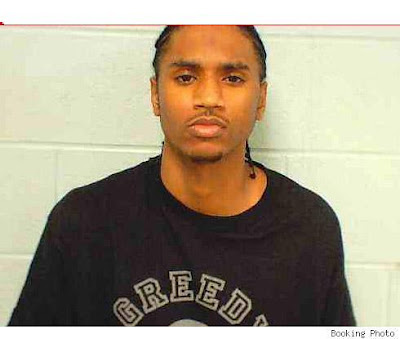 Officers were investigating a shot fired in the parking lot after the Songz show, when the singer tried to insert himself into the crime scene investigation.

When asked by police to butt out, he responded with, “Don’t you know who I am?!”

Trey is scheduled to be arraigned today on the double charge. -TMZ.com

No lil nigga no body knows who you are. I think I saw about 5 of you at the mall the other day. I hope someone touches you inappropiatly in jail. Lil men are alwasy trying to act hard. GRRR!! 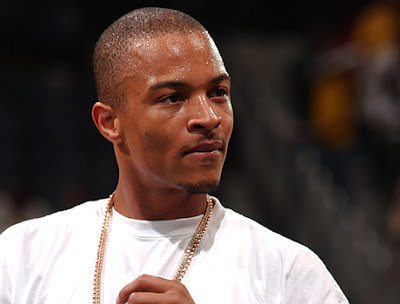 Rapper T.I., who stands accused of having his bodyguard purchase weapons on his behalf, was denied bail in a court hearing today. In a brief appearance in a packed Atlanta courtroom, T.I., handcuffed and with his legs chained, dressed in a black shirt and pants, answered politely when asked if he was aware of the charges against him. Another hearing, scheduled for Friday, will determine if he can get bail and whether there was probable cause for his arrest. Federal prosecutors will ask that he be denied bail until trial, AJC.com reports. Weapons confiscated at his ATL home

His longtime girlfriend, Tameka “Tiny” Cottle and Grand Hustle artists Young Dro and Mac Boney were arrested as well. Cottle was charged with marijuana and ectsasy possession and released. – CRACK IS WHACK 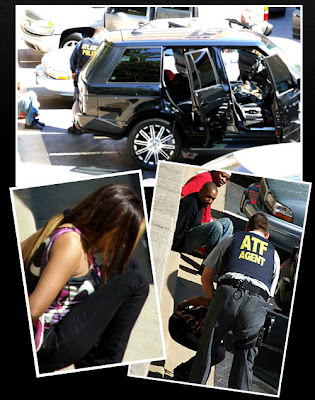 To read the Department of Justice Press release CLICK HERE

If Over crowding was the answer to everything

Pop eyes at at lunch time would be closed Foxy and her lil Jaiy Baby

There are some funny a$$ pictures surfacing about Mommy Foxy…so in between the details of her recent arrest, attacks, sentencing, baby bumps, and engagements I’ll add my favorite little pictures 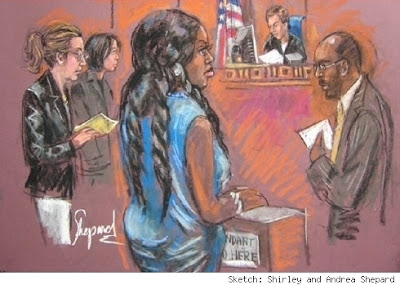 A source tells TMZ that Foxy’s face was “priceless” when the judge handed down her decision, and that Brown and her lawyer had not expected to see jail time. It has yet to be determined where Brown will be held, but Brown was booked at Manhattan Criminal Court and handed over to authorities. In court, Brown revealed that she is three months pregnant, and that she plans to get married. 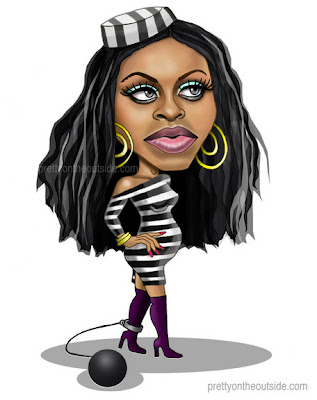 Stephen Morello of the Department of Corrections tells TMZ that Foxy will be housed at the Rose M. Singer Center, a women’s jail on Rikers Island. We’re told that, because of her celebrity status, she may be housed in a cell, as opposed to with other inmates, and could have an escort when she leaves her cell. She’s in the facility right now and is undergoing the “intake” process, we’re told.