Some leads on Naynay’s hair line

So as you know I have launched a TNHOTT World Wide search for Naomi’s hair line and some other missing things that i won’t get into now.

Just today my team has has recieved some compelling leads as to the wear-a-bouts of sed hairline. Looks to me like this search is almost a lost cause. I will keep on pressing on to really dig deeper and uncover the truth, maybe I’ll have to turn this issue over to the TNHOTT crime scene investigation (looks like a murder). read below for the tip I got this morning. 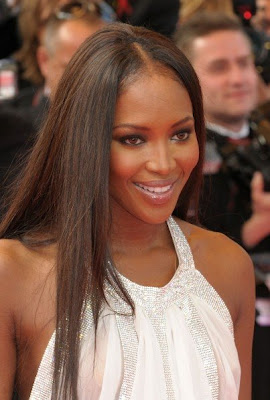 The fiesty supermodel, 38, started losing her hair 15 years ago, fashion photographer Huggy Ragnarsson told Britain’s The Sun newspaper. And her flowing locks are to blame.

Campbell’s tresses began falling out after years of having hair extensions, Ragnarsson says. She was reportedly warned about the risks, but chose to ignore them.

The model, who was charged last week for alleged assault on an airline, appeared to have a receeding hairline as she left a London police station on May 29.

“That’s been happening for a while,” Ragnarsson said. “The hair stylist Sam McKnight said to me in the ’90s, ‘She’d better be careful with those weaves, she’s going to lose her hair.’” -source