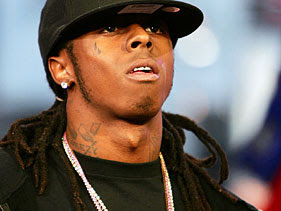 Hip hop artists Lil Wayne and Ja Rule were arrested Sunday (Jun. 22) evening after a Hot 97 sponsored concert at Manhattan’s Beacon Theater on charges of criminal possession of weapons, each in separate incidents, a New York Police Department spokesman told CNN.
According to officers, they pulled over a luxury car with Ja Rule and two others inside. Police say they recovered a .40-caliber pistol from the vehicle.
LIL Wayne however, was arrested about an hour later, in a separate incident, after police say the caught him and another man smoking marijuana. They also the rapper was found carrying a .40-caliber pistol. 31-year-old Jeffrey Atkins, better known as Ja Rule was last busted in 2004 for marijuana possession and driving without a license.
source
July 23, 2007   //   crack is whack, Plum foolery, rich getting richer off of foolishness   //   No Comments   //