Amy Crackhouse is at it again

Amy’s crack habits are bound to get her into the Crack is Whack Hall of fame…recently at a concert she Had her audience scared and terrified huddles in a corner while she kicked then and spit on them…..(I have an active imagination) Maybe her and Lauryn Hill should team up to see who can piss their fans off the most….. 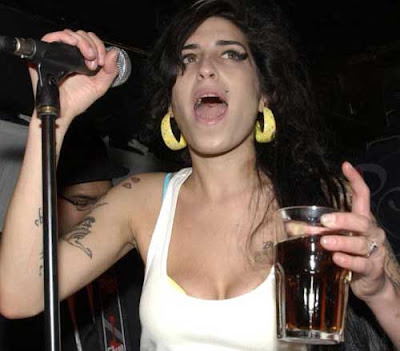 The gig became absolutely awful. Members of her entourage were coming on to the stage, obviously worried she couldn’t go on, and she would just shout “f*** off” at them. Everyone in the crowd just felt sorry for her,”

a concertgoer in attendance says. “She finished by spitting at someone in the audience,” a forty-one year old woman says.