I bet y’all didn’t know that Bobby Brown was not only the King of R&B but he’s Also the Kang of the stage. WOWZERS…and for a Bonus tip Usher learned everything her knows from good old Master Bobby….who would have ever thunk it??? In his tell all book Being Bobby Brown: The truth and Nothing but… he speaks about his mini me AKA Usher. I think Bobby really believes it… CUTE 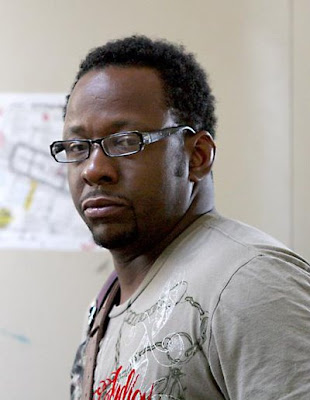 “I’ve always considered myself ‘The King of Stage.’ To this very day, I still don’t think anyone can get with me on the stage. I own the stage,”

“I watched one of Usher’s shows and he basically did my whole show,” the ‘My Prerogartive’ crooner writes. “It was as if it was me on stage. The thing about it is, I love seeing that. It’s a compliment to me as a performer.”

“I think you take parts of whoever is the hottest act of that era and you incorporate that into your own style,” Brown explained. “It’s just like taking buttermilk, eggs and corn meal, you whip it up bake it and you have cornbread.”

It’s quite obvious he gave that same advice to a young Usher, who he said he once personally trained. -source 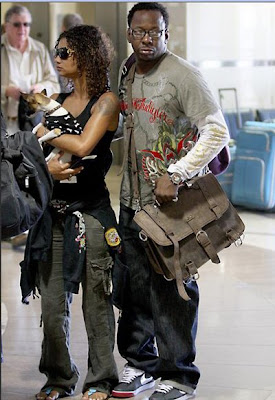 Bobby and his lady love at the airport.