Bobby Brown was praying a prayer that the Lord looked fondly upon, when he was speared Jail time for his recent arrest for possession of COCAINE!!they should have let him little cracked self sit in that jail cell and detox a little bit, maybe a little detox foam around the mouth would have helped him calm his self down. Boston don’t give up now……. 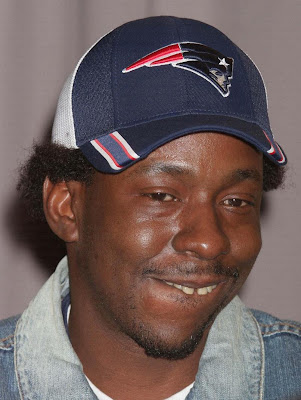 BROCKTON, Mass. — Singer Bobby Brown will not face any criminal charges after police said they found a small amount of cocaine in his possession, but has agreed to a year’s community service.

Brown’s attorney said Tuesday a Brockton District Court clerk magistrate found no probable cause to issue a criminal complaint, but recommended that Brown volunteer to mentor young people, which Brown wanted to do anyway.

Attorney Jeff Denner said if no other issues arise over the next year, the matter will be struck from the docket.

Police responding to a disturbance at a Brockton hotel on Dec. 1 said they found Brown, 39, sitting in an SUV in the parking lot, with cocaine in his possession.-source